the fact that i still have too many "sadness"-posts to go
Posted by P at 4:13 pm No comments: 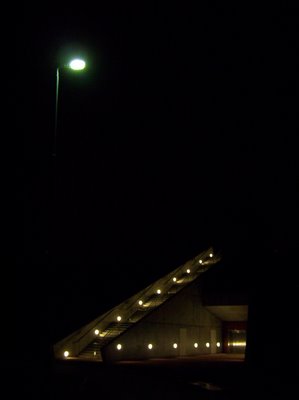 jogging in the rain
Posted by P at 1:59 am No comments:

saw United 93 last night. very good. and very, very scary. the adrenalin was rushing through my veins as if it would change a damn thing. but even if i could produce all the adrenalin in the world, it would never make a difference.

why can't we all be friends? "now surely, you're being naive. it's really not that simple, you know." yes it is. we're just making things difficult. difficult for ourselves, for each other, for a whole globe of anonymous beings who we harm by acting like we do. i don't care what god you like - or rather, i do care. but i don't mind. either our gods are the same and then we shouldn't pester each other with how we call Him/Her/It, or our gods are not the same and then we shouldn't try to take things into our own hands. our gods, if we believe they are so powerful, can work it out themselves. if we can't even believe that, then where is our faith.

let's keep things simple. it's the only way to keep afloat. whatever you believe in, whatever your race, whatever your whatevers, if you are kind to me, then i will be kind to you. aye, there's the rub. i should reverse that. better: if i am kind to you, then please be kind to me. to soften the sharp edges of this world, kindness should be a starting point, not a goal. it is a means, and no "if" should be included in that proposition.

yes, i am stating the obvious. no, things are not being depicted simpler than they are. for things are what they are, we just tend to change them into something worse.
Posted by P at 5:45 pm No comments:

the neverending cutting of trees all over the world
Posted by P at 1:42 am No comments:

oh, how i long suddenly to be biking in a balmy summer evening, to nowhere in particular, just going and going, and listening to Zero 7's song Seeing Things. and how much do i like having things like that to look forward to, just as winter is something to be anticipated with joy. and so is spring, and so is autumn. and so is everything. i'm drifting off again.

me, biking, wide empty streets, a slowly setting sun, deep embracing summer, the world lingering on my horizons and no place where i have to be.

insomnia = not in somnia

discrimination, that's the word. every day has been divided in a way that we get up early, work until the sun is setting or has set (depends on the season or on your dedication), we eat, do something else and go to sleep before or around midnight to get up early again. im not protesting against any possible dullness in the succession of days - making every day worthwile is something you have to do yourself. what i do have problems with, though, is the "early" part.

due to some evil plot to undermine all other possibilities, we live in a daytime-oriented world. schools start in the mornings and so do most jobs. make sure you run your errands in time because shops tend to close when it gets dark (there are some exceptions, but these are rare, and more expensive as well).

but there just are people whose body functions best on a different kind of schedule. their hormone boosts reach their summits around 11pm or later and as such this is the moment when they can move every mountain in sight. getting in bed at around 4am is then not so strange, and getting up at around 12am even less so. but when trying to live in a 'normal' society, this is simply not possible. either you sleep only three hours a night, or you go against your nature and try to fall asleep at around 11pm.

no ma'am, we're not lazy buggers doing nothing but sleeping all day long (you may live when we're still asleep, but we live when you're already asleep). we're not stubborn maniacs and we don't think we are vampires. we are simply night people, built to live on different hours than you. it is time we fought back. it is time the discrimination of our kind ended. it is time we establish a second society, built to last every night! hurray!

"Everything would be so much better if suddenly a bell rang and everybody told everybody else honestly what they did about it, how they lived, how they loved. It's hiding things makes them putrefy. By God it's horrible. As if life wasn't difficult enough without that."
Posted by P at 7:48 pm 2 comments: 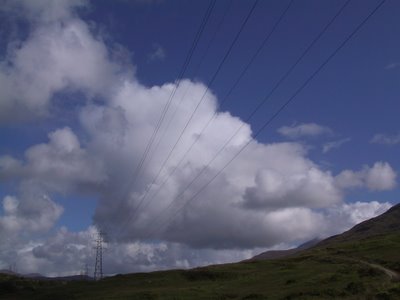 riding an extra block with your bicycle just because you feel like it
Posted by P at 5:52 pm No comments: