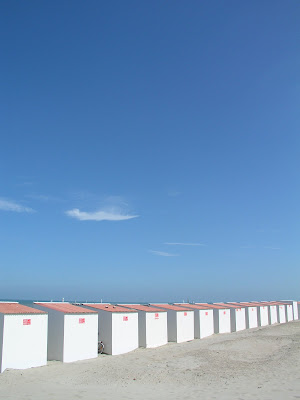 the tropic of cancer

to write out of nothingness, to enhance chaos to receive order, but under laws of entropy, to reach chaos once more. can we change? what can we change?

i know this does not seem to make sense, but perhaps that never was the aim of this blog. anyway, my appy polly logies.
Posted by P at 12:10 am 2 comments:

from today's The New York Times, a phrase that struck me:

"The victims at Virginia Tech represent a mere tenth of 1 percent of the 30,000 gunshot deaths each year."

the quote should say enough.
Posted by P at 5:36 pm No comments:

Cracking open with words
the very skull of reality
that is what it is all about
to impose - the bare flesh
of all existence on a single
wandering meandering mind,
calling it to a halt

Placing a pole in the mechanism
of All Things, glass-shattering
them, like crystal vases
to cool your anger with

All rooms confine, and are to be broken
We are to live in ruins, not sanctuaries
in ruins - moderated static - glass - we
A halt to all things
Posted by P at 9:59 pm No comments:

just heard on the news that, in the Virginia Tech killing, not 22 (as i read in the New York Times yesterday) but 32 people were killed. and i think to myself, what a wonderful world.
Posted by P at 12:03 pm No comments:

twenty-two people were killed in Virginia Tech, a US university. when? today. why? god knows. how? by picking up a gun, pointing it at people and pulling the trigger.

on my best days i believe in Rousseau and feel mankind's innocence radiating from our pores. sadly, more often than not we humans like to prove that Hobbes, not Rousseau had it right. homo homine lupus. this is not to say that we do not have the ability to be pretty on the inside, because i think we are. we are just so goddamn good at hiding it.

we probably can't change human nature, even though i force myself daily to believe we can - if only to continue my seemingly natural inclinations towards full responsability of every of my actions, and my abilities to do well. Amélie Poulain should not be too far away in our everyday lives.

but this post is not about changing human nature, it's about reducing the possibilities human nature has to continue the horrors it likes to impose on the world by taking away the tools to do so. indeed, i am talking about guns.

"guns don't kill people, people do." true. but people can kill more easily when they have access to guns. take someone who's absolutely pissed off at the world. put him in an empty room, alone, and he'll be mad, mad, mad, but do not much more. now put him in that same room, add some bystanders and give him a loaded gun in his hand. see what i'm driving at? see what he'll be driving at?

"it is our right to carry guns, as based on the Second Amendment!" well, maybe it's in the Constitution. good for you. but if, year after year, the abuse of guns is shown and starts taking on desastrous proportions (take, for example, the city of Philadelphia - and i'm not talking about a nice Springsteen song, i'm talking about shootings on a regular basis), then maybe, just maybe, the Constitution might be wrong.

now don't shoot me for saying that, all i mean is, why hold on to your 'rights' if so many people abuse this 'right for freedom' and turn it into a 'right to kill'? is it ever, ever right to kill? and if so (i'm not saying yes or no because the question might be too big to handle right now), is it then ever right to kill just for the sake of killing? to kill blindly? to take away sons and daughters, brothers and sisters, lovers, grandchildren, grandparents, friends, just because you feel like it - or rather, just because you can? because the only thing you have to do is pick up a gun?

one madman can do only so much damage with his fists. that same madman can kill 22 people with a single gun. and some people live in a society with madmen, mad either in their ability to kill or their approval of those tools that help kill. grand theft auto, a game based on violence but nothing more than a game (reality, trust me, is much worse), put it correctly: the "ammu-nation" indeed is here.
Posted by P at 8:29 pm No comments: