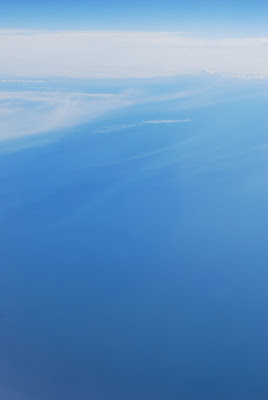 "As I lay on the Tarmac, my leg twisted at a horribly inappropriate angle, I looked up at the sky and waited for the ambulance to collect me. Above was a thick, overcast Stratus just like the one today: low, grey, oppressive...

Not long after, my friend's father, Neville Hodgkinson, told me something that seemed pertinent. He practises the eastern religion of Raja Yoga, as taught by the Brahama Kumaris, an organisation established in Hyderabad in 1937. Neville told me that clouds have a symbolic role for some yogis: they stand for the times when the yogis lose track of their spiritual journey. They symbolise the distractions that come between the yogis and the 'Supreme Light' of God.

He didn't say what these distractions were, but given that the Brahama Kumari yogis are teetotal vegetarians who avoid garlic (which they consider inflames the carnal passions) and practise a strict vow of celibacy, a few possibilities came to mind. Anyway, these distractions occasionally become so profound and sustained that the yogis lose track of their spiritual path altogether. They call it a 'storm of Maya'. It is one in which illusory ways of thinking and feeling block out the Supreme Light altogether. At times like these, he said, the yogis remind themselves that, beyond the clouds, the Sun never stops shining.

This brought to mind the revelation I had in an aeroplane as a child: that for the pilot it was, without exception, always a sunny day at work. Not only that, but the view from his office window was one of constantly varied and beautiful cloudscapes. So what about the rest of us, stuck down here, terrestial in our jobs and distracted in our spiritual paths? On a bleak, grey February morning, it can sometimes be hard not to yearn for the limpidity of direct sunlight."


- Gavin Pretor-Pinney, The Cloudspotter's Guide
Posted by P at 4:34 pm No comments: 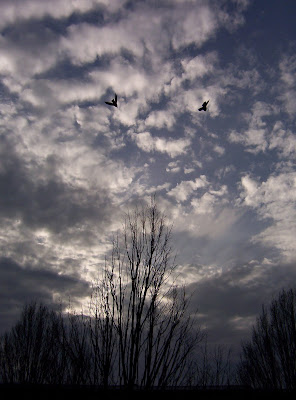 well, it's my birthday. so many nice things to think about. just because i decided to think about them today. only happy thoughts.

if i can manage this today, then so i should every single other day out there. and maybe i will.


you're never too old to learn something. as long as i'm me, i'll be me. no matter what the age.